My Journey to India – Mumbai

“That’s how we keep this crazy place together – with the heart…. India is the heart. It’s the heart that keeps us together. There’s no place with people, like my people, Lin. There’s no heart like the Indian heart.”  – Gregory David Roberts, Shantaram

Beautiful, chaotic, corrupt, exciting, filthy, vivacious, colorful India! India’s personality is as eclectic as its architecture. I was ripped off and relentlessly stared at. A gaggle of big breasted women trying to cut through the crowd of 1,000 people to get into the Golden Temple nearly trampled me. I was swept away by warm, generous hospitality. If I was asked once, I was asked 600 times, “madam, selfie?”. I was nearly killed in a Rickshaw, at least three dozen times. I saw heart-wrenching poverty two streets over from the poshest luxury homes I’ve ever seen. Some days, I ate a type of curry for breakfast, lunch, and dinner. I bought postcards from a homeless 4-year-old boy who had the worst scoliosis I have ever seen. I played poker, smoked hash, joked, and laughed with people who couldn’t understand anything I said. My heart ached. My heart rejoiced. And when I left, I was different than when I had arrived.

No guide books or blogs that can prepare you for a cultural immersion to India – because it’s too unusual, too beautiful, and too complicated to explain.

I knew I wasn’t at home anymore when the sound of unbuckling seat belts drowned the pilot’s welcome-to-India speech over the intercom. Before the plane arrived at the gate, passengers were already moving about and opening overhead compartments removing their belongings. The flight attendants, clearly accustomed to the behavior, remained in their seats while the passengers started queuing in the galley.

As the door of the aircraft opened, I could smell the city – the smell of curry, flowers, garbage, pollution, body odor, and spices mixed with stifling humidity rushed into the plane. The monsoon season began that day.

I was in India to see my dear friend, Pankaj. After clearing Customs, I headed to baggage claim hoping to find him in the crowd. I quickly realized the dilemma I was in – I am looking for an average-sized Indian man in India’s busiest airport. My phone didn’t work – so there was no way to call or message him. For a moment, I felt utterly hopeless.

I scanned the crowd looking for him – for his smile. He has the brightest, sincerest smile I’ve ever seen. Pankaj’s smile has the type of intensity that boldly states, “I love life and everything in it.” Thankfully, he found me first. It turns out, it’s a lot easier to find a 6-foot tall blonde haired caucasian woman than it is to find a 5 foot 7-inch tall Indian man in Mumbai.

The days in Mumbai melted together – roaming the city as often as possible between the torrential downpours. It was a whirlwind experience, both culturally and historically. Even in the drenched filthiness, I discovered that Mumbai has an otherworldly charm.

We snaked our way through Dhobi Ghat, the world’s biggest open-air laundry. Dhobi Ghat has been actively washing clothes for over 140 years. It’s estimated that nearly 500,000 pieces of clothing are sent here each day from private homes, hotels, and hospitals. While some modern machinery is present, most of the clothes are still washed by hand.

This process of washing clothes by hand is a back-breaking labor-intensive process. The washermen (dhobis) provide an efficient service, gather dirty laundry, label each garment (ensuring it’s returned to its owner), clean it, and press the clothing for a minimal price. After each item is washed, they are set out to dry on long, brightly colored lines – it’s a beautiful sight and a spectacular opportunity for some fantastic photographs. More than 200 families live and work here, each within their own small, humble spaces.

Walking through security and metal detectors at the Gateway of India, I learned a bit about the country’s tumultuous past. Gateway is a twentieth-century arch-monument built commemorating the first British monarchy visit to India. Ironically, it is also the monument from where the last British troops left India in 1948, following Indian independence. In 2008, this area was also where ten members of Lashkar-e-Taiba, a Pakistan based extremist Islamist terrorist organization, illegally entered India and carried out 12 coordinated shooting and bombing attacks lasting four days.

From the Gateway of India, we walked across the street to have lunch at The Taj Mahal Palace Hotel. This legendary luxury hotel was built in 1903 and is the country’s first harbor landmark – having hosted kings, dignitaries and eminent personalities from across the globe. The decor is opulent, and the hospitality is flawless. It is also the place where the jihadists had their showdown with the police during the 2008 attacks. You can still see bullet holes in the stonework outside.

If you’re a fan of the book, Shantaram, then no trip to Mumbai is complete without a stop at Leopold’s Cafe – the Cafe is mentioned extensively in my favorite novel, Shantaram; another site of gunfire and grenade explosions during the 2008 Mumbai attacks. The Cafe still has bullet holes and bloodstains on the walls – a vivid reminder of those dark days. I would be remiss if I didn’t mention the stunning floors. Take a second and look down – see the intricate tile-work! This pattern is from a palace in north India, a central sunburst radiating with black, brown, and cream hexagons. 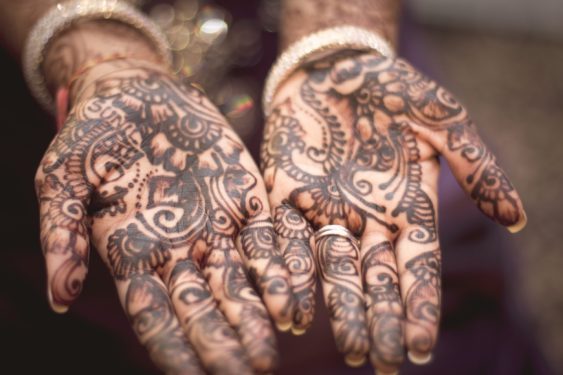 Here’s a great list of some sites to visit while you’re in Mumbai.

Click here for a map to get you to these places.

While you’re in Mumbai, check out these sites:

Why Kyoto Will Become Your Favorite City in Japan

Your Travel Bucket List – A Guide to Going Everywhere